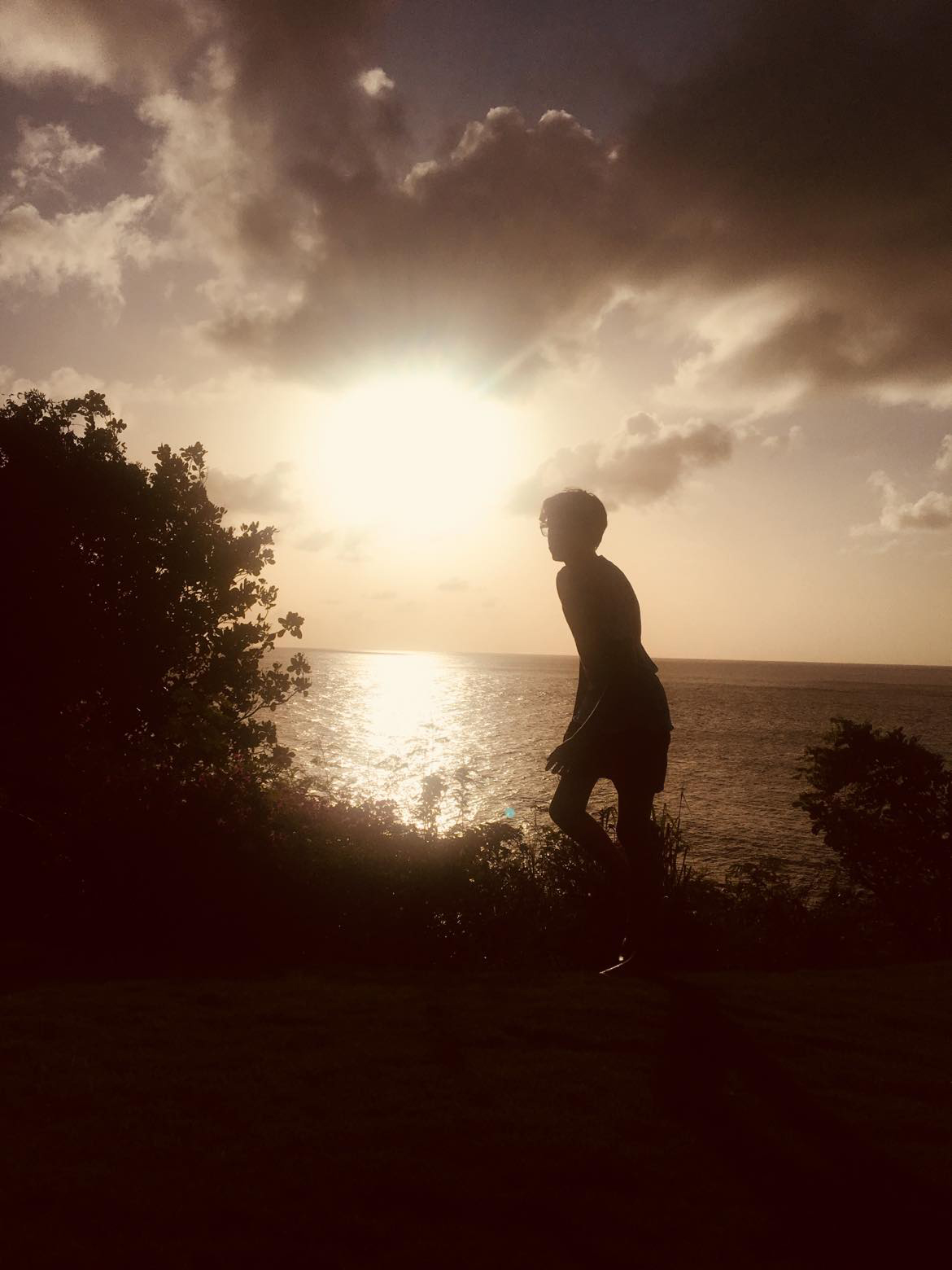 Mother made lunch for all of us. She used meat left over from supper earlier in the week, chopped up small, and she added mayonnaise with her homemade pickles and some other mysterious things that made it wonderful. She spread a thick layer on one half of a slice of bread, folded it over, then wrapped it up in a paper napkin. She gave us each one with a cup of milk, patted us on the bum and said, “Out with you now, eat your lunch and go discover something.”

We all walked out into the sun and had no idea what to do.Looking back now, I see that we had an abundance of time but not a clue. Now I have a clue but little time.

As usual, we went into the big garage where Uncle’s boat was covered on the one side and settled in the open space where Dad would park his car when he got home.

Rhys jumped up the step ladder and turned on the radio above the work bench. He changed the station from big band music to “Rock-n-Roll” and turned it up as loud as the single speaker would permit. The radio rattled with every bass note and we thought it was part of the song.

At 12 years old, we were all discovering things. Bicycles and motor bikes, cars with throaty exhaust pipes and music with deep bass notes that cried tales of love and loss.

The boys were investigating these things while the girls were going along with it all just to be near the boys. The boys didn’t really understand why girls would want to be near them, but that was a discovery not too far down the road.

Maybe it was because I’ve relived this day so many times and know it so well. Or maybe it was that the music was too loud. Or because the conversations were always the same. I finished my sandwich, balled up the napkin and tossed it like a basketball, banking it off the workbench and into the bin.

I walked out into the sun, using my tongue to get the last bits of bread and meat out of my teeth. I swished out my mouth with the last of my milk, but the tang of the pickles would stay with me for the afternoon. It was fine though, and to this day, that flavor reminds me of Mom.

The sun started to make my hair hot as I walked down the lane, so I went up into the woods above the shore and found a tree that offered quiet and shade.

Sitting in the cool shade of the tree with St. George’s Channel spread out in front of me where I belong. The loud music was replaced by the rhythm of waves on the beach, the chatter of my friends replaced by the sounds of the gulls.

And the breeze. My forehead now cooled and sweat gone, the breeze lifted my damp hair as it passed over me and puffed in my ears.

I closed my eyes and discovered that daydreaming in front of the sea is good. So good that I did it for the rest of the afternoon. My friends in the garage solved the problems of the world while I let the shade, the Channel and the gulls help me solve some of my own.

I heard cars coming down the lane below and smelled Mr.Evans’s charcoal grill heating up. He loved to cook outside and had all the right stuff to do it. His wife was delighted that he took a hand in preparing the meals, but even at my age I could tell she chafed a little at having to share credit.

I knew that dinner would be ready soon, and Dad would be on the back porch with index fingers at the corners of his mouth, whistling that high-pitched whistle that I couldn’t do yet.

So, I made my way up to the rise to look at the Channel once more before the sun set. I smiled and remembered all the times Grandpa and I would watch the sun as it sunk below the sea. He would wink and tell me,“Listen closely, Lad, you can hear it sizzle as it goes out!” and he would pat my knee and make the “Tssssst” sound and we would laugh every time.

Walking home, I felt itchy where my legs had been on the grass, and the sound of the sea was slowly being replaced by the sounds of the neighborhood. I discovered a missed bit of lunch in a back tooth and the tang of the pickles comes back to remind me of the day.

Mother had said, “Go outside and discover something,” and I surely did.