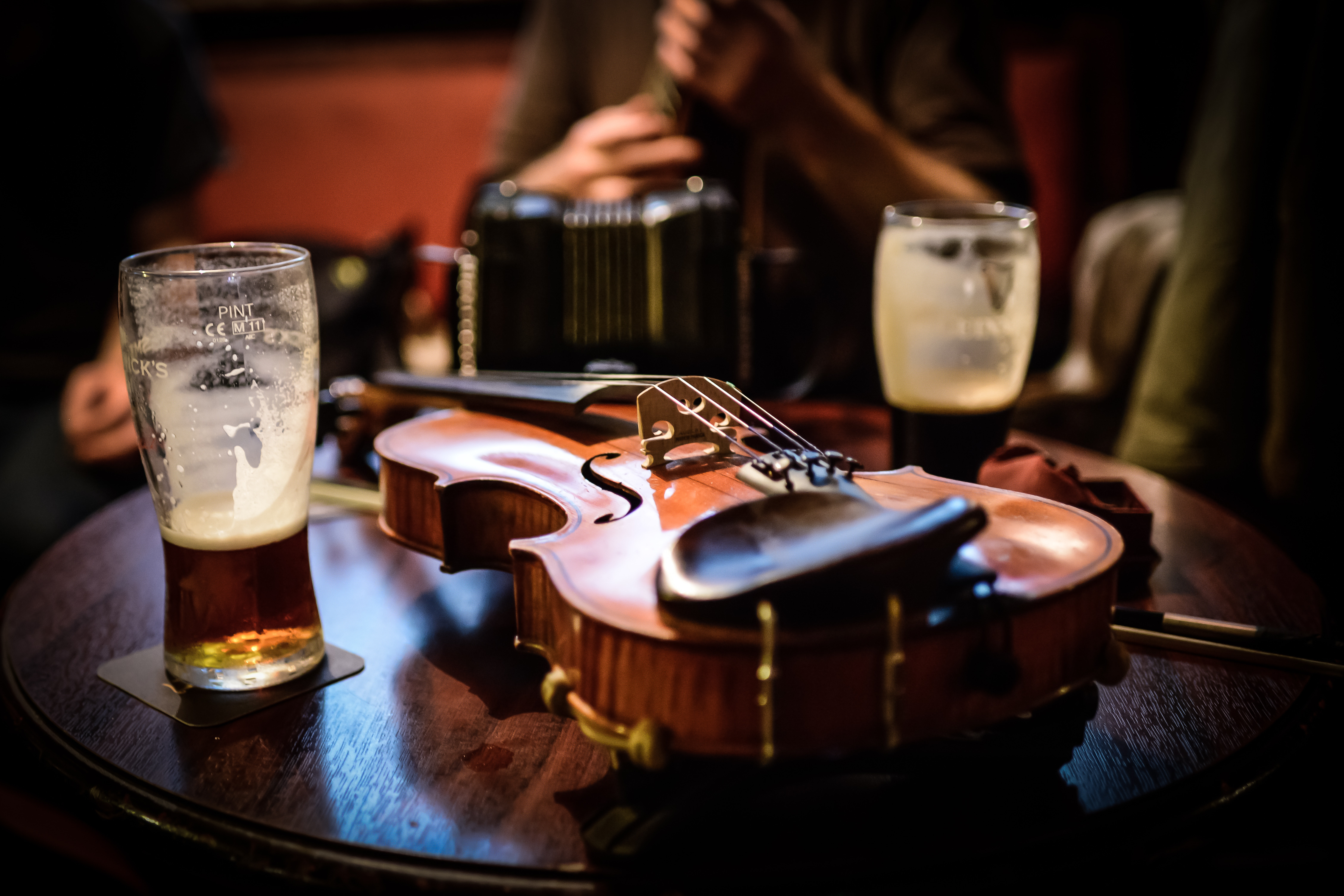 I used to be Irish

My father is, his was too, and his before, and a couple
more as far as we can see.

He’s very proud that he is in fact 77% Irish, it’s been
tested, is absolutely legit, and to top it off his blood
type is “O.”

So, I figured I was too, and so, been Irish all my life.

My earliest memories are of him and my family talking
about the men that “came over” from County Mayo.

They came in 18-something to start the American Chapter
of the O’Flynns.

Their first act upon arrival was to eliminate the “O” that
had stood in front of our name for hundreds of years. I know
that many immigrants did this so their names would sound
more American, and in so doing reduce the chance of being
discriminated against and enable them to find work quickly.

I picture a weary, bespectacled man at a table with quill pen
and thick ledger recording the names of the endless line of
people in front of him, all the while tossing vowels over his
shoulder making a great pile of O’s and A’s at his feet.

The old photos show determined men, with fair skin,
faces round with light-colored eyes, each with jaws set.

The photos also show that Michael had a very well-executed
combover, telling me that along with grit and stoic fortitude,
baldness is determined and well-established in our gene pool.

They were serious people in a new land, and they came here
to start a life that I now enjoy.

All the stories of the “Old Sod,” the “wearing of the green,”
buttons that read “Kiss Me I’m Irish,” Saint Patrick’s Day
foods and green beer, were celebratory and connected
me to our deep family roots.

Pop has a deep green derby that was purchased by his father,
for his father, in 1935 to wear onSt. Patrick’s Day. He wears
it every year and soon it will be my son’s. It fits him like a glove
in many ways.

Mom was Welsh, which is cool too, and we talked about her
people a lot. I wish that I had known them. Small, powerful,
randy, funny, wicked smart with no quit in them.

So, I decided that I would get the DNA test like Pop did and
confirm what I believed I already knew. But I was not prepared
for the results.

I’m being honest when I say that I’m not sure what to do
with this.

I know nothing of the Scottish people.

I’m a big fan of their tape, I’ve used it all my career with
great success. As a boy I drank Scot Lad soda with all my
friends and it was pretty good.

But their whiskey tastes like the smell of a campfire and
I can’t figure that out at all. And Haggis?

I’ve been told that the Scots are famously frugal. The Irish
are as well when they don’t have money, but when they do
they tend to be very generous.

It sounds odd that at 62 years old I’m set adrift by this,
that I have lost my identity.

But I really have.

So, I’m going to look into this “Scottishness” and hopefully
find something to hold on to.

Where it came from, who it came from, the answer is
probably hiding deep in the branches of the family ancestry
stuff my sister is working on.

Or maybe I’ll head over to Barnes & Noble and find a big
book on Scottish history.

As long as they’re having a sale…